What Do You Do on the Weekend? 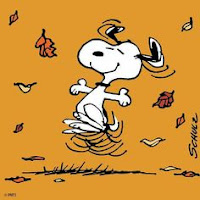 I'm either enjoying comparing lists from last year with this year or I'm getting really lazy about posting every single day for November NaBloPoMo. Maybe it's a combination. Anyway...

How do y'all spend your weekend? Do you take advantage of the great outdoors? Sit in front of the television? Visit friends and relatives? Make that new recipe? That's what this list was all about- things to do on the weekend. I should probably try this when football season is over since pretty much all I do during football season is watch football. Saturday and Sunday. There are a few other things though...

10 Things to do During the Weekend:

10 Thing to do during the Weekend:

Not really that much different from last year except for the granddaughter part. :) The list would be much different when football season is over. I'm serious about my football, y'all. I LOVE watching it and I do not look fondly upon those who schedule things like showers, birthday/anniversary celebrations, and weddings during football season.

This is day 14 of November NaBloPoMo!
Posted by Empty Nester at 8:30 AM